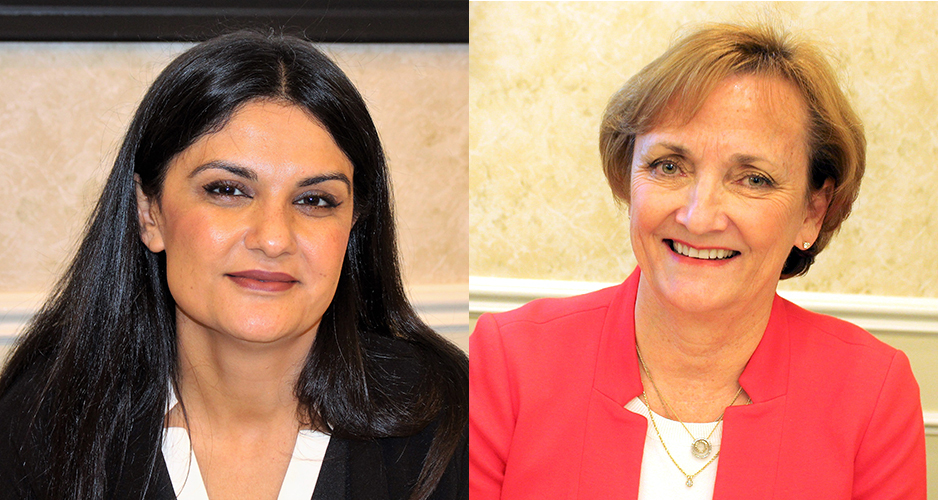 The Mental Health Services Oversight and Accountability Commission unanimously elected Vice-Chair Khatera Aslami-Tamplen as chair and Commissioner Lynne Ashbeck as vice-chair at its meeting October 24, 2018 in Alameda County. Their terms run for a year and begin January 2019.

“It’s been an honor serving on the MHSOAC, including when I was a committee member on the Client and Family Leadership Committee which started in 2008,” Aslami-Tamplen said. “It’s been a wonderful journey, and it would be a huge honor to serve as chair along with the Commissioners that I deeply admire, the staff that I respect and stakeholders that I am fully committed to representing and upholding a process that’s inclusive of all.”

Aslami-Tamplen has served on the Commission since 2013. She represents clients and consumers. She said further that it was extremely gratifying to have the vote in her home turf of Alameda County. She has been empowerment manager at Alameda County Behavioral Health Care Services since 2012.

“It’s also a privilege to be able to have this vote in Alameda County, which has provided me with huge support,” she said. “My family also. We came here as refugees and now to be the consumer empowerment manager and to have my team here makes this really special. My team has made it possible for me to do this work. I think it takes a team committed to a team approach to help make things happen.”

Commissioner Lynne Ashbeck has served on the Commission since February 2016. She is senior vice president of community engagement and population wellness for Valley Children’s Healthcare and serves on the City of Clovis City Council. She fills the seat of a representative of a health care service plan or insurer.

“I’m honored to serve those who count on the mental health services across the state and to support those who deliver those very important services,” Ashbeck said. “I, too, look forward to working with my fellow Commissioners to do this important work.”