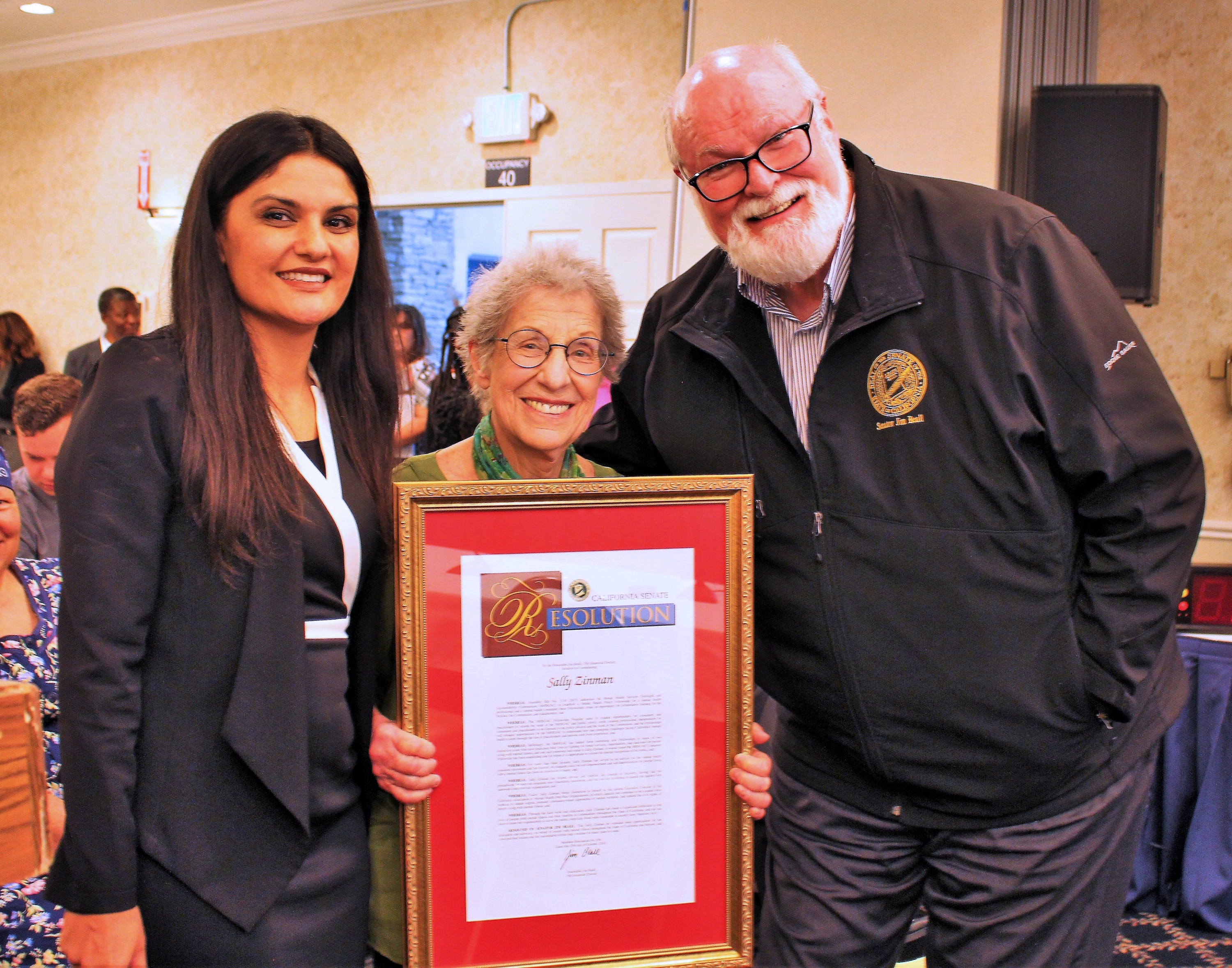 If California had to pick superstars in mental health advocacy, Sally Zinman and Rusty Selix would top the list.

“We want to recognize both Sally Zinman and Rusty Selix and thank them both for the work that they’ve done and for their lifetime of advocacy and dedication to mental health,” said acting Commission Chair Khatera Aslami-Tamplen.

The announcement at the Commission meeting October 25 in Alameda County was met with resounding applause and with heartfelt tributes for them both. 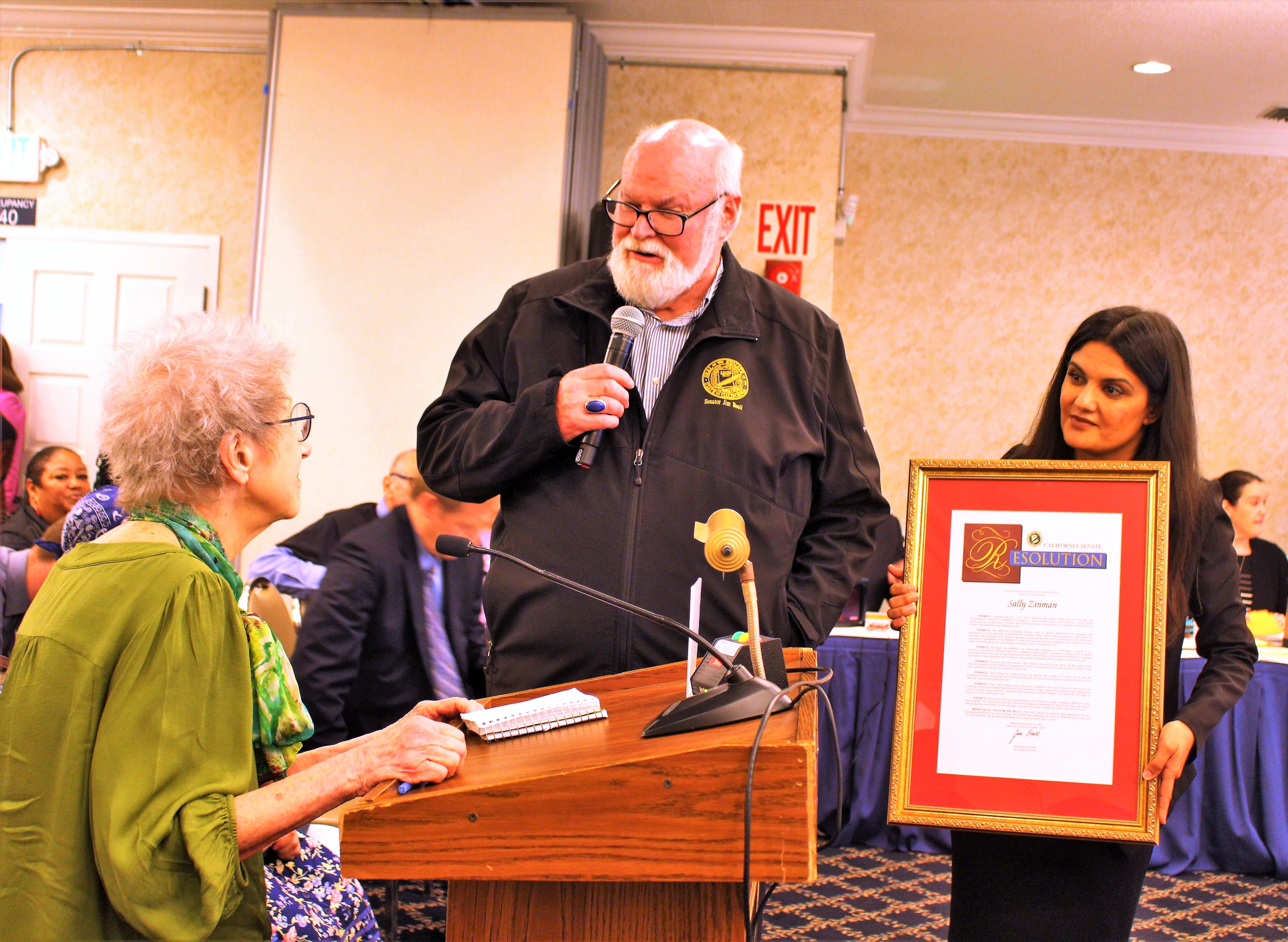 “I’m really honored, Sally, to present you with this resolution from our California State Senate on their behalf,” Beall said. “Congratulations and maybe you can be a mentor for all these interns. We want them to be the future leaders in mental health in California and that’s what we are creating, the future leaders so congratulations and thank you for doing this work.”

Zinman called the honor, an honor for consumers. 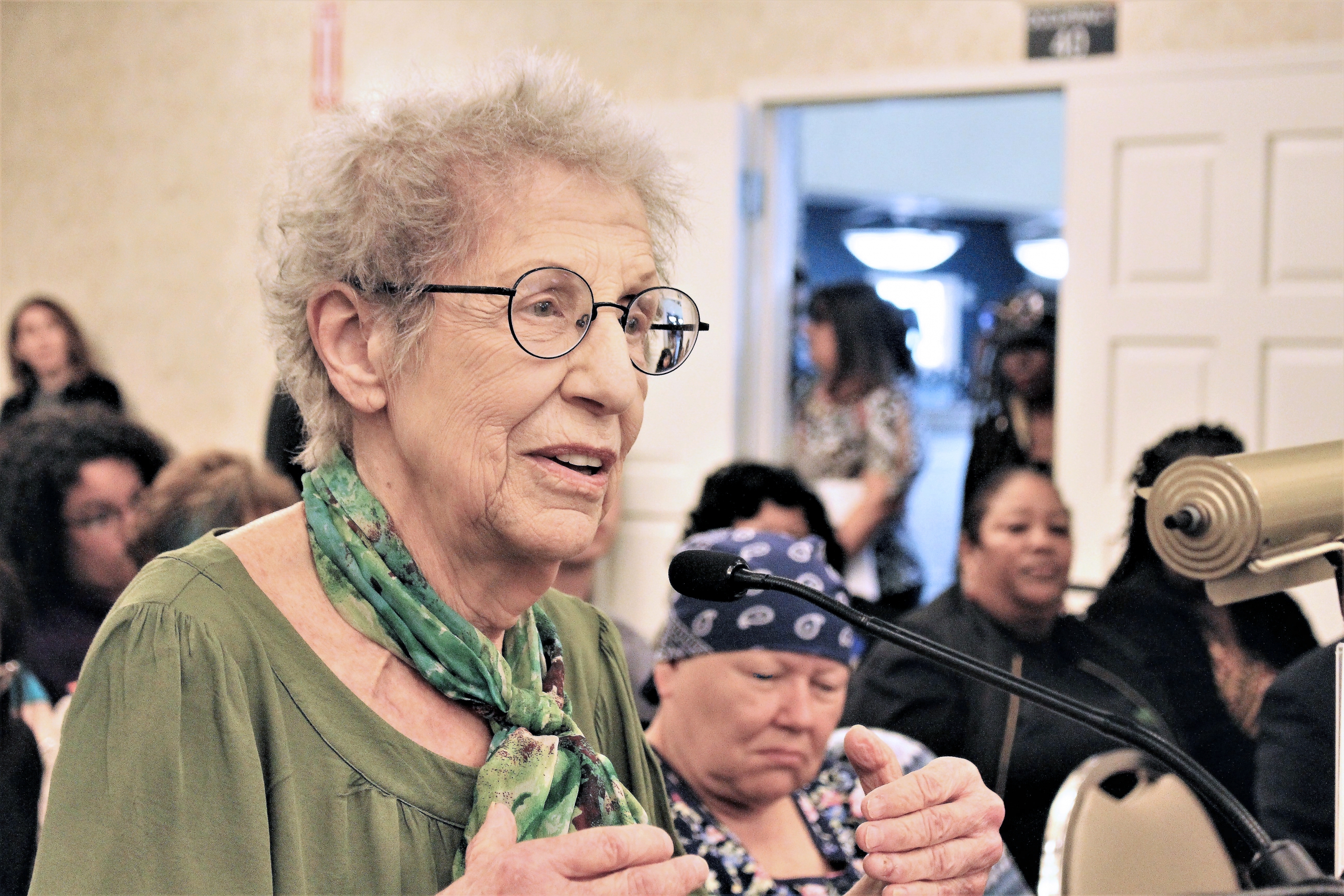 “I see this as honoring all the consumers I have met and talked to, whose voices are in my ears and whose ideas I’ve listened to because I’m really them,” she said. “What I know and what I pass on and the work that I do is a collection of all of them.  I feel like I’m just a vehicle for all those people, the 41 years of their ideas and visions. That’s all in my mind so when you are naming a fellowship after me, you are naming it after consumers, after our consumer movement and after the values that we try to infuse into the system.”

Zinman said that she hoped that the future fellows would instill the values of the collective consumers into the Commission’s work.

“I know that the fellowship will help their careers and teach them a lot in terms of policy and I see them as teaching you all,” she said. “It’s really a vehicle for bringing those values and our principles to the Commission and to the larger mental health system. I thank you for honoring the consumer values and principles and movement by naming this fellowship after myself because that’s who I am. Thank you for the opportunity to continue that by having a person every day at your offices infusing the values of the consumer movement into this Commission.”

Aaron Ortiz, of La Familia Counseling Services in the Bay Area, praised Zinman for her tireless work on behalf of consumers. “I want to say thank you to Sally for really empowering the consumer and I’d like to announce that La Familia will be opening a peer respite facility in January and we’re going to name it after Sally for all of her work and it’s going to be called Sally’s Place.”

Several speakers called both Zinman and Selix mentors who inspired their work and commitment to mental health and said the Commission chose the right people as the Fellowships’ namesakes.

“Rusty Selix has contributed to our mental health movement tremendously and we wouldn’t be here today without the contributions of Rusty Selix,” Aslami-Tamplen said.  “He has been a strong and stabilizing voice for destigmatizing mental health challenges and building a continuum of care. We are honored to name the MHSOAC Policy Practitioner Fellowship after Rusty Selix and present him with a resolution for his lifetime of dedication to mental health.”

Executive Director Toby Ewing said Selix was instrumental in pushing many of California’s groundbreaking mental health system changes. “Rusty shared this much grander vision around opportunities for education, around ways to engage our public safety partners, around ways to engage the medical community and primary care and he’s continued to push this vision and as it is represented now in the Act and how we in California are really trying to transform that system from the fail-first system to one that is recovery oriented that really is about prevention and early intervention and is about innovation.”

He added that globally, others are starting to recognize the value of California’s mental health system.

“Rusty laid the foundation for not only for what we’re seeing today as far as fundamental improvements in our mental health system, but also the expanded global attention that you see,” Ewing said. “People do now recognize that mental health is foundational to quality of life. And we’re beginning to see how other states and other countries begin to look at what California is doing as a strategy for improving the mental health systems in their own communities.”