Full Service Partnership (FSP) participation strongly associated with reductions in arrest rates both during and after partnerships.

The Mental Health Services Oversight and Accountability Commission (MHSOAC) is excited about promising new data that shows a link between mental health services and a reduction in criminal justice involvement.

“As you know, the Mental Health Services Act stipulates that mental health programs shall emphasize strategies to reduce incarceration for people with unmet mental health needs,” Dr. Early said. “We did find that there are significant reductions in arrest rates associated with Full Service Partnership participation.”

Preliminary findings from the research presentation, Reducing Criminal Justice Involvement for People with Mental Health Needs, report a significant reduction in arrest rates associated with FSP program participation both during and after partnerships. 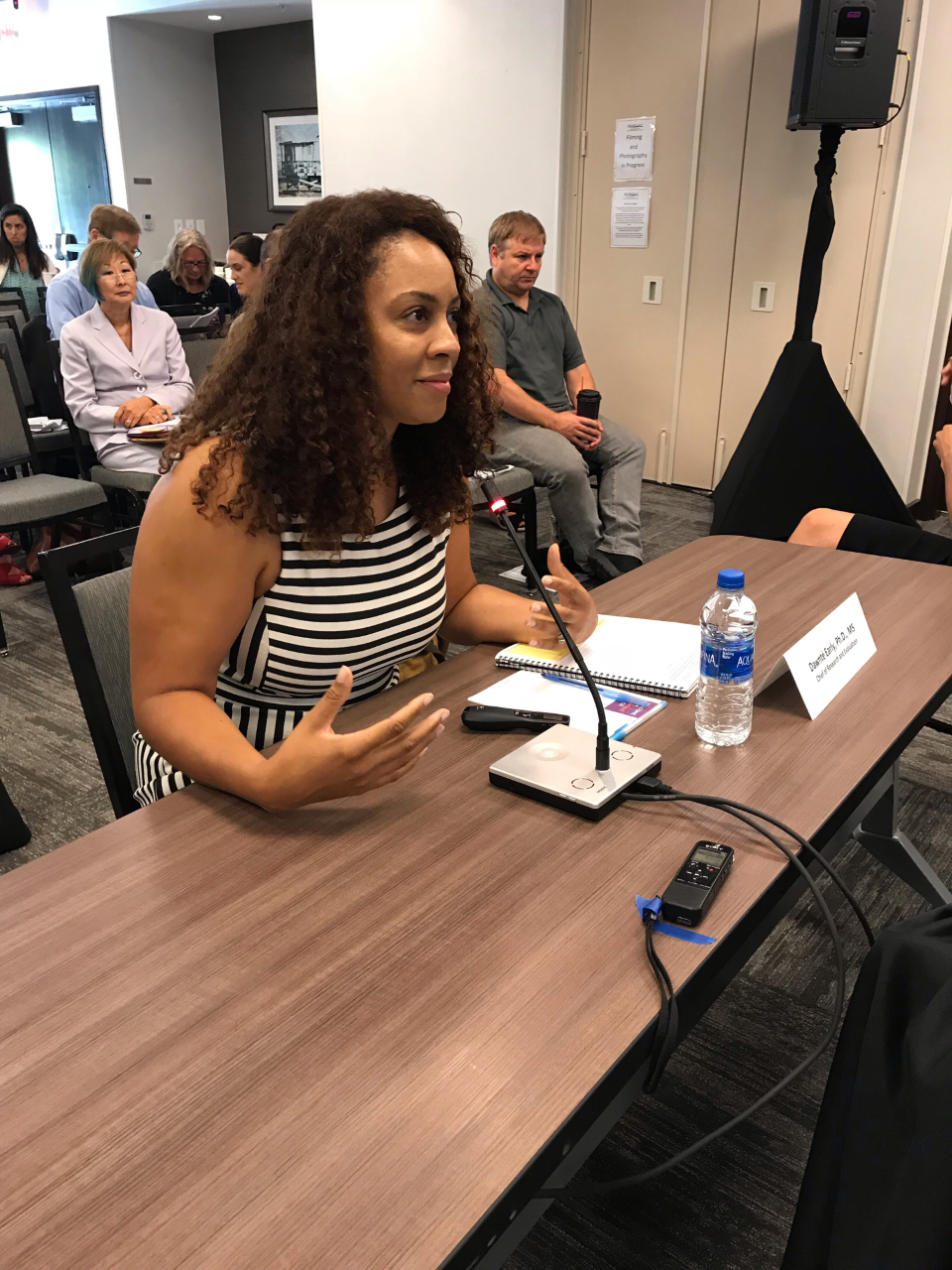 Of the 64,000 partners in the study, 70 percent  had no observed arrests before, during, or after participation. Clients who had previous high criminal justice involvement (three or more arrests) in the 12 months before enrollment accounted for about half of all pre-enrollment arrests and were impacted the most from FSP participation.

“There’s the stereotype that if you have a mental health need, then you must be involved in the criminal justice system,” Dr. Early said. “That is not the case. The majority of individuals in this study did not have any criminal justice involvement that we saw in DOJ.”

The preliminary findings suggest a strong association between FSP participation and reductions in arrests. The Commission’s Research team found among all FSP clients:

Patterns in arrest rate reductions remained roughly the same when analyzed by gender, age, and ethnicity.

“My son is one of those who started as a Transition Age Youth and he went through a Full Service Partnership,” she said. “At the time he was in FSP in its beginnings, I thought that it wasn’t very effective. He was in the criminal justice system, he had many arrests, he served time in jail. Now he’s been stable and living independently with support for four years and I never thought I’d say that, so thank you.”

In an analysis by county, the majority of counties saw a decline in arrests in a range of 36 to 50 percent from before to during FSP participation. Five counties, however, had an increase, and further analysis is needed to explain these results.

The preliminary results of this research suggest that FSP programs have promising implications for reductions in criminal justice involvement; the Commission will continue to study this relationship.

“This is really remarkable,” Commissioner Ken Berrick said about the data. “If there’s a link between program intensity or if we are able to look at certain quality measures and see if there’s a link to these numbers, we start getting into some really exciting stuff, so the drill down from here could tell us a whole lot.”