Corinita Reyes has been knocking down barriers for most of her young life.

“My mother had me at age 17 and my biological father wanted a son, not a daughter, so I never met him,” Corinita said. “At the age of 10, many life changes happened at once from moving out of a community where I felt at home, to losing a father figure, to my mother’s boyfriend moving in with us and taking the role of my stepdad.”

Corinita, now 27, described how she struggled with these changes, but buried those struggles deep inside, sharing them with no one.

“I was acting as a rock for my mother,” she said. “I knew I had to be a good, agreeable girl. It was around this time that I started hearing voices. I would see lights dancing in the window, odd pictures or things written on my school papers. I became distant from classmates and suddenly began to struggle with my grades.” 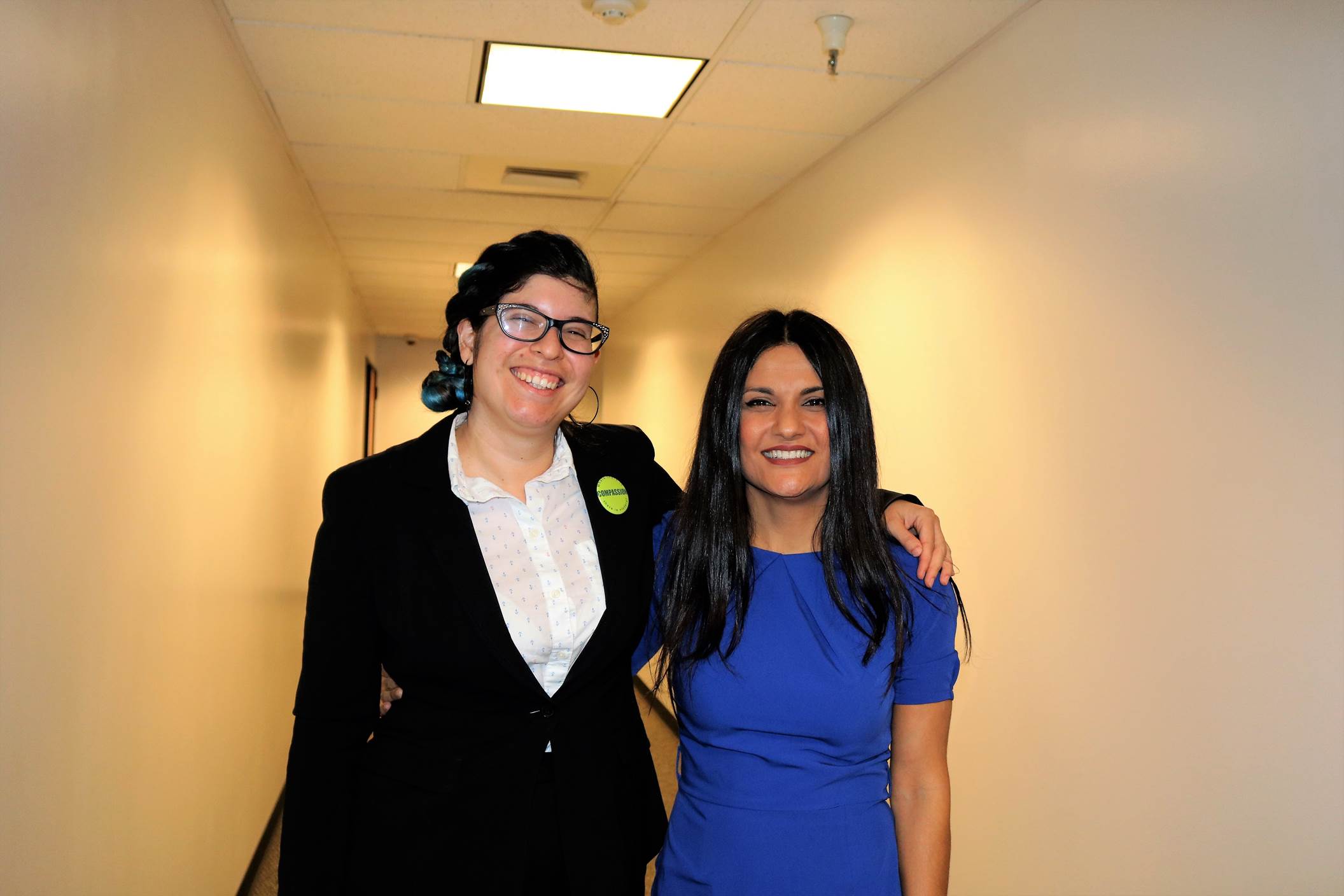 Corinita provided her remarkable testimonial at the Mental Health Services Oversight and Accountability Commission meeting on February 28. The Commission opens each meeting with the voice of a consumer, often listening to stories of resiliency and recovery that speak about overcoming severe mental illnesses.

“For me as a Commissioner, what inspires me is that you have survived despite the systems in place in the state of California,” said Vice Chair Lynne Ashbeck. “That is awesome testimony to you. For us, as a state we have got to do better. To me, we’re here to make it better. The fact that you have gotten this far with every obstacle that you’ve encountered is remarkable. I don’t know how you did it, but you do have something special inside of you.”

Commissioner Gladys Mitchell said she was deeply touched by Corinita’s testimony. “I’m speechless,” she said. “I won’t speak to the policies because at this moment, it’s just about you. Your strength. You are such an amazing survivor. Everything you said gives other people so much hope for others who are living with mental illness. It is possible to make it and you are such a shining example.”

“As my self-esteem fell, the voices I heard became more and more hostile,” she said. “They were more vivid, and they began to control my actions. It began with hurting myself to punish me for not being a ‘good girl.’ As I entered high school, I felt increasingly isolated and hopeless about my future. I did things that were potentially harmful because my voices made me believe it was a good idea.”

Corinita went on to describe the challenges she faced in seeking medical help. Visits to a psychiatric hospital that provided no solutions, expensive medical bills, services located in communities far from her home, lack of insurance, and therapists that didn’t understand her.

It was a flyer that Corinita saw at the Mental Health Association of Alameda County that put her on a journey to recovery.

“I saw a flyer for a support group that I never thought I would see,” she said. “It was a hearing voices support group. When I saw the flyer, I felt like every difficulty in my life had led me to that moment. I went to my first support group and really enjoyed being able to talk about things I had never told anyone.”

Corinita said another support group, Special Messages in Oakland and a therapist with lived experience began to truly help her.

“Going to this group really changed my life,” she said. “I no longer felt alone in my struggles and I didn’t feel weird. I began to see the ways hearing voices was common and not a reason to be scared.”

Although finding a job has been challenging, Corinita currently has an internship with the Consumer Empowerment Department of Alameda County. She said that community-run organizations and peer supporters have been the most helpful in overcoming her challenges.

She also credits music with aiding her recovery. She plays the flute, sings and has attended music classes. 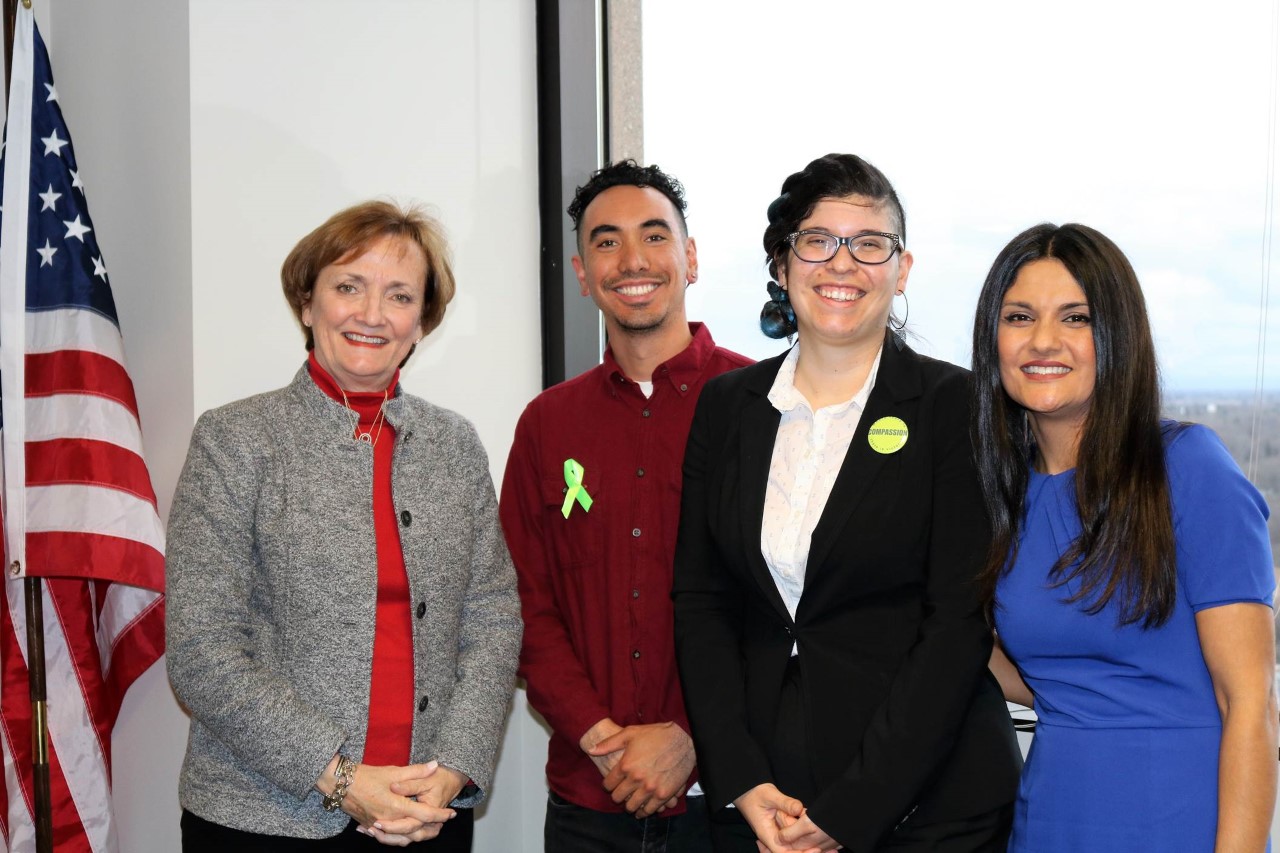 “I want to thank you for being so open and honest,” said Gabriel Garcia, a transition-age youth guest representative on the Commission. “I really appreciated your comment about using music as a wellness tool. I think music can be a really powerful wellness tool and I appreciate you sharing that. It’s not one of those things that is always seen as an intervention, but it can make a world of difference.”